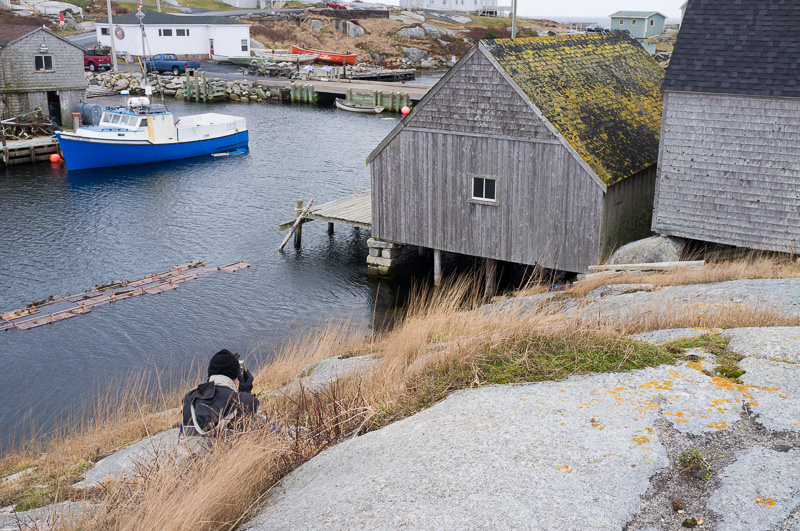 Philip at work in Peggy’s Cove.

After receiving an undergraduate degree from the School of Architecture at the Technical University of Nova Scotia Philip moved to Toronto to pursue work in that field. His love of painting eventually led to a 25 year career in the decorative arts within the field of interior design.  The world of decorative painting and faux finishes was a natural stepping-stone to mural work and eventually working on canvas.

Now a full time artist working primarily in acrylic on canvas, Philip’s realistic works are influenced by his studies in architecture as well as his love of the rugged and weathered maritime landscape of Nova Scotia’s South Shore.

He is actively involved in his local arts community, currently serving on the Board of the Peggy’s Cove Area Festival of the Arts. Since 2011 he has owned and operated Twelve Acre Hill Gallery (Seabright, NS) where he shows his work, as well as that of others from the area.  His work can also be found at Teichert Gallery (Halifax, NS), and Lunenburg Art Gallery. 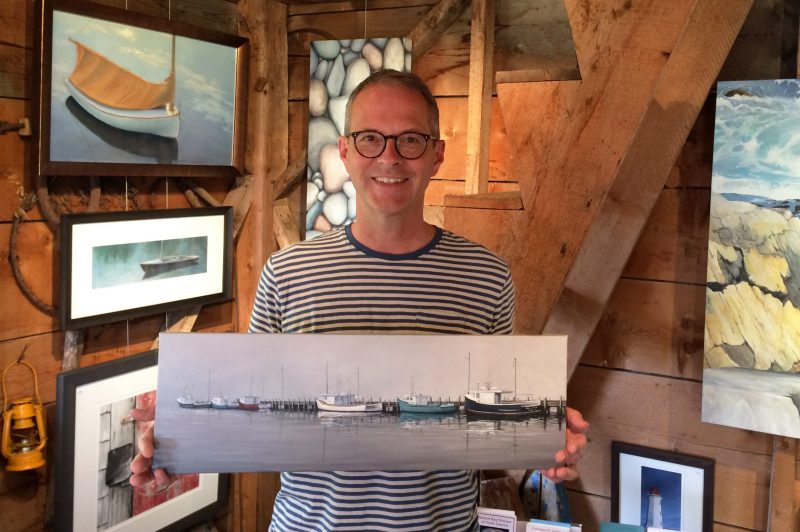 Philip holding one of his paintings at Twelve Acre Hill Gallery.
Go to Top